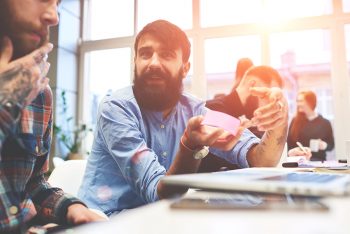 Some experts predict that machines will soon be able to do almost any work that humans can do and that 40% of all jobs are at risk of being lost to computers in the next two decades with robots taking over almost ALL jobs within 30 years.

The automation of jobs has many advantages including increased productivity. However, the main disadvantage is that people are concerned their careers may become obsolete in the next few decades.

As reported by The Independent, a recent study showed that millennial’s in general choose professions that are more “future-proof,” and less likely to be taken over by machines, but that still leaves many unsure of whether a robot will steal their job or not.

The world’s number one job site, Indeed, has over 200 million unique visitors per month, which gives them an insight into what kinds of jobs are available, and what skills are in demand.

While technologies such as artificial intelligence and robotics allow machines to compete with humans in terms of knowledge or execution, they may have a harder time figuring out emotion so it will come as no surprise that the jobs deemed most future-proof are those that involve a human element and emotional intelligence.

Based on this, one of Indeed’s economists came up with a list of nine career paths that are less likely to be taken over by machines, or will complement their work.

Chef – people will always enjoy going out to dinner and experiencing new foods and flavours – a robot will never be able to test and create.

Marketing, design and communications – machines aren’t great at coming up with new and exciting ideas so people who design for a living, or who work with ideas, words, and images will probably survive the increase in automation, because machines don’t function like humans. Not yet, at least.

Education and training – like healthcare professionals, teaching requires communication and people skills – there’s something about learning new things from a person that makes the information stick better than if you were learning remotely.

Cyber security expert – this seems like a pretty safe bet! According to Indeed, the employer demand for these jobs is three times higher than the candidate interest. Over the past 18 months, there has been an 18% increase in cyber security postings on the Indeed site.

Human resources – the clue is in the name. While finding the right candidate is becoming increasingly reliant on data and automated screening in some professions, the soft skills that people bring to the table are still valuable.

Delivery or logistics management – it may be that one day drones will deliver our post, however, the logistics sector still requires humans to be involved in the oversight and management.

Data scientist – there’s only so much a machine can do with algorithms and code. It’s the people who combine their scientific expertise and the ability to find the stories hidden in masses of data who are especially useful.

Gig-worker – the “gig economy” includes short-term contracts or freelance work, like Deliveroo and Uber drivers. This way of working is on the rise, and it requires employees to be flexible and independent — two things robots aren’t great at.