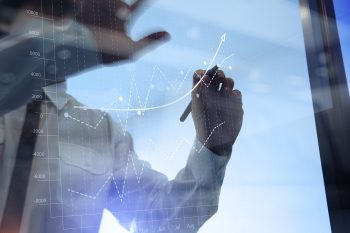 As we are now firmly into the last business quarter of the year, we are looking at the current fastest growing sectors in the UK.

Transport and logistics is growing rapidly, with the number of road freight logistics firms founded in the UK on the rise. Like most other industries, this sector is confronting an unprecedented amount of change; and like all change, this brings both risk and opportunity. New technology and rising customer expectations puts logistics companies under increased pressure to deliver better services at lower costs. This brings enormous opportunity for start-ups and existing players to shake things up.

According to a study carried out earlier this year by Love Energy Savings, the biggest opportunity for job roles in transport currently is in data analysis. With logistics becoming smarter and more expansive than ever in the era of e-commerce, data management will play a crucial role in upholding efficiency as operations continue to increase in size. That’s great news for IT and maths graduates who are keen to sink their teeth into some complex problem-solving.

Fintech (financial technology) is set to continue to dominate the UK economy into next year and beyond. UK fintech startups reached a record level of $2.9 billion of funding in the first half of this year, across a total of 123 deals. The deal data, compiled by Innovate Finance, paints a positive picture of the sector despite the turbulent political and economic climate, with investment on track to eclipse last year’s record of $3.3bn.

FinTech roles are ideal for anyone with a background in web development or finance. There is also currently funding available through things like the government’s tech startup funding competition, Innovate UK, giving plenty of resources available for new FinTech business.

Construction, a typically cyclical area of production, is the UK’s third fastest growing sector, according to Love Energy Savings. Job creation remains strong, with investment returning to the sector.

Contrary to widespread perceptions, UK manufacturing is also thriving, with the UK currently the world’s eighth largest industrial nation. If current growth trends continue, the UK will break into the top five by 2021. In the UK, manufacturing makes up 11% of GVA, 44% of total UK exports, 70% of business R&D, and directly employs 2.6 million people. Back in October 2017, the amount of manufacturing companies noting a worker shortage was at its highest in four years. Opportunities have therefore arisen for agencies to address the skills gap. Read more at The Manufacturer.

Digital marketing and advertising also claims a spot in the fastest growing industry list, with the sector marking its 21st consecutive quarter of growth at the beginning of this year. The advertising industry goes from strength to strength, having adapted to the digital revolution. Eight successive years of growth have occurred, with audio-visual content creation set for big things.

Topping the list, according to CNBC, is the engineering sector. Demand for IT engineers in the UK grew faster than any other job over 2018–2019, according to new research from global job site Indeed. Advertisements for IT engineers have jumped by more than a third since April last year, making the role the fastest growing on the British job market.

Elsewhere in the technology sector, mobile developers saw growing job opportunities in the same period, as employer demand for people to fill the role rose by 28%.

While modest growth is forecast for the UK economy as a whole, in light of Brexit uncertainty, these industries are looking healthy and are increasingly areas for successful recruitment for both businesses and job seekers.