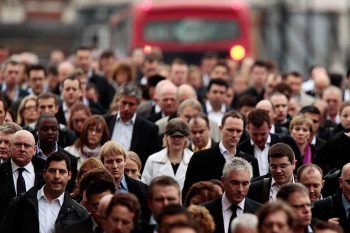 Rail fares increased by an average of 3.1 per cent at the beginning of this year, at the same time as train punctuality hit a 13-year low. The cost of many rail season tickets rose by more than £100 due to the annual price hike, the second highest since January 2013.

Totaljobs’ Commuter Calculator tells us that the average UK employee spends £146 a month commuting, totalling £135,871 over a lifetime, with workers travelling into London spending on average £305 a month, adding up to a whopping £197,377 over a lifetime.*

The average UK worker will also spend a lot of time commuting – 400 days of their lives – think what else you could do with that!

So is it time to reconsider your daily commute? Are you bored of spending hours on packed commuter trains up to London? Fed up with spending a fortune on travel? Well maybe it’s about time you thought about getting a job closer to home.

Did you take a job in London thinking that the commute would be fine? On paper, an hour or so each way seems perfectly doable. The reality of commuting can, however, be quite different.

Along with the extortionate price of your season ticket that rises every year with a service level that never seems to rise with it, you then have to deal with overcrowded trains and there are rarely enough seats on the rush hour services – all that money to stand for two hours a day, five days a week!

Then there’s the inevitable delays – signal failures, weather, short staffing, electrical failures, leaves on the line, and so it goes on… all of which make you late and often don’t make for a happy, stress free start and end to the working day.

The solution? Work nearer to home. Imagine how peaceful it would be to walk, cycle or take a short drive to work every day? Wages may be a little lower outside of London, however, no season pass to buy and hours saved could be a swap worth making.

Check out our current vacancies and give the commute a miss!

Image courtesy of The Evening Standard